New York ranks near the bottom when it comes to voter registration and turnout. Let’s fix this before the end of the legislative session. 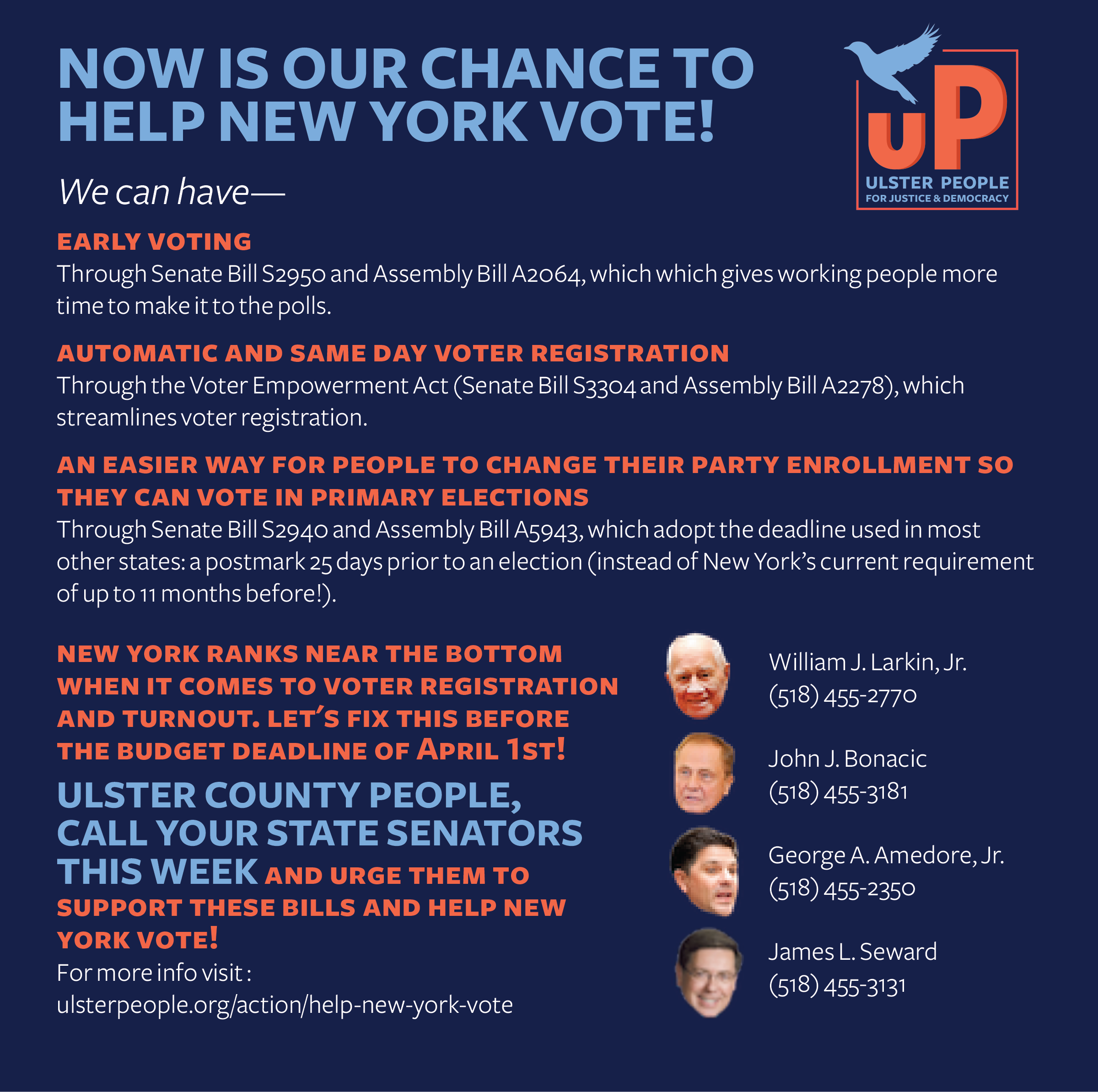 Please look up your State Senator here if you are unsure who to call.