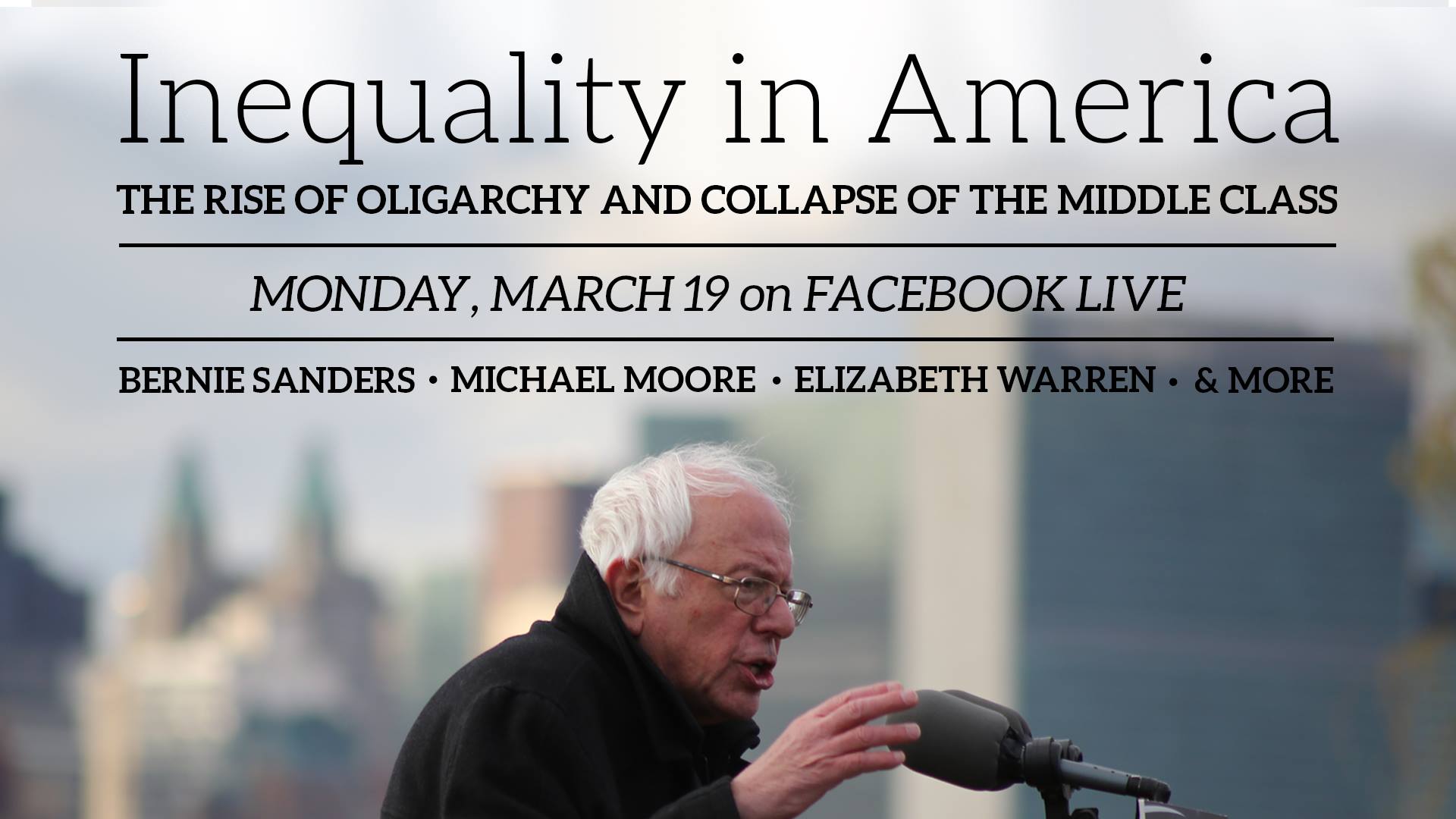 On March 19th, Sen. Bernie Sanders, in partnership with The Guardian, NowThis, The Young Turks and Act.tv, will present a live town hall event on the rise of the oligarchy and the collapse of the American middle class. Sanders will speak with director Michael Moore, Sen. Elizabeth Warren, economist Darrick Hamilton and other guests about the 40-year decline of the middle class and possible solutions to the growing crisis of income and wealth inequality in America.

The event will be live streamed across the social media platforms of Sen. Sanders, Sen. Elizabeth Warren, Michael Moore, The Guardian, NowThis, The Young Turks, Act.tv and Buzzfeed.