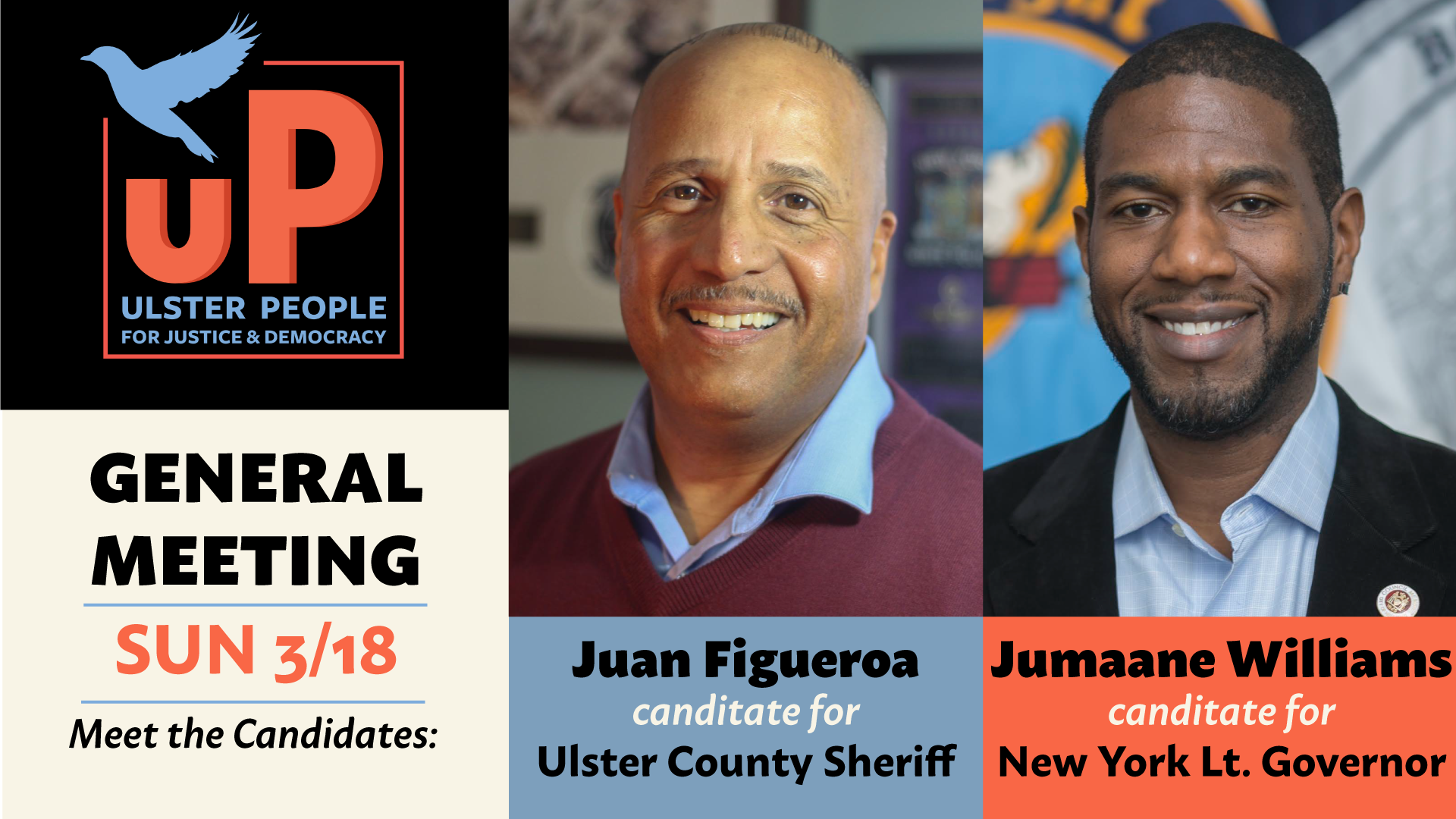 Join Ulster People for Justice & Democracy at our General Meeting!

This meeting will feature an educational presentation on compassionate approaches to the opioid crisis, as well as Q&As with two candidates: Juan Figueroa for Ulster County Sheriff and Jumaane Williams for New York Lt. Governor. We’ll also hear updates from our working groups, including how to get involved in the important work we’re doing fighting for universal healthcare for all New Yorkers, keeping an eye on what’s going on in our county legislature, and more!

JUAN FIGUEROA
Candidate for Ulster County Sheriff
http://www.figueroaforsheriff.com/
Juan served twenty-two years in the United States Marine Corps, retiring as a Chief Warrant Officer and twenty-five years in the New York State Police. He has patrolled the roads of Ulster County and worked in the Bureau of Criminal Investigations. He has successfully taken down drug cartels, worked to stop corruption and fought to keep us safe abroad. He is seeking the Democratic nomination to be the next Sheriff of Ulster County.

JUMAANE WILLIAMS
Candidate for NY Lieutenant Governor
http://jumaanewilliams.com/
Councilman Williams, who is a member of the Brooklyn Chapter of NYPAN and was a Bernie Sanders delegate to the 2016 DNC Convention, has been a unique progressive voice in New York State, where he was a founder of the NYC Council Progressive Caucus, an author of legislation ending the notorious and racist “stop and frisk” police policy, a fighter for civil and immigrant rights, a main champion in securing tens of thousands of summer youth jobs, and has had many other notable accomplishments. He has engaged in civil disobedience numerous times, and recently putting his body on the line to try to prevent the deportation of immigrants.